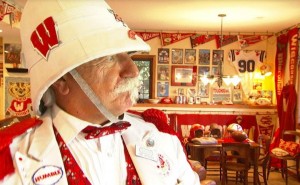 END_OF_DOCUMENT_TOKEN_TO_BE_REPLACED

The WordPress.com stats helper monkeys prepared a 2013 annual report for this blog.

The concert hall at the Sydney Opera House holds 2,700 people. This blog was viewed about 21,000 times in 2013. If it were a concert at Sydney Opera House, it would take about 8 sold-out performances for that many people to see it.

Notre Dame RB George Atkinson III says he got suspended for texting during a team meal. Atkinson is Notre Dame’s second-leading rusher and will not play in today’s Pinstripe Bowl against Rutgers. The school apparently said that the suspension was due to a violation of team rules, while Atkinson gave more information in a tweet that has since been deleted.

Read more about this at NJ.com by clicking HERE.

I am curious as to how much the Patterson hire would have been debated and discussed if not for everyone’s attention immediately shifting to the news surrounding Mack Brown.

While Mack Brown’s departure has been dominating the headlines, John Canzano of The Oregonian has written a column that should bring some attention back to Patterson.  It is an interesting perspective, and I would highly recommend checking it out.  It can be found HERE.

So what exactly did Johnny Manziel do after the game against Rice ended?  Lets review:

I am struggling to figure out what it is about Johnny Manziel that so many members of the media don’t like.

In the video posted below, it appears that Lou Holtz thinks that Manziel is “out of control,” although he doesn’t explain exactly why he thinks this.  However, what is more confusing is that Holtz is bothered by the fact that Manziel was wearing a visor and had a towel around his neck (towards the end of the game).  I could understand if Holtz didn’t like Manziel due to his recent NCAA investigation, however, I will never understand what it is about his visor that upsets Holtz.

I guess that some people are just going to dislike Manziel no matter what he does. However, if Manziel wants Lou Holtz on his side, he had better ditch the visor.

And what about Mark May’s comments?  Read this first and then ask yourself if you still think May is the best person to comment on anything related to Johnny Manziel.

*Note:  Holtz also said that if he were Manziel’s coach, he would “have grabbed him by the throat.”

In light of the accusations against Johnny Manziel of getting paid for autographs, the following concerns a cause of action that would apparently be available to Texas A&M if Manziel and/or Texas A&M is found to have violated a NCAA rule.  The cause of action is not necessarily available to the Manziels despite the NCAA ruling earlier this year that they (or their corporation) can profit from a trademark lawsuit.

However, none of this addresses the jurisdiction question of whether or not any of the autograph brokers who could be potentially liable under this statute, are subject to the jurisdiction of the State of Texas.  The brokers who orchestrated the reported signings with Manziel that allegedly happened in Connecticut and/or Florida might be out of reach for Texas law.  However, there was one signing that was reported to have happened in Houston, which would probably make the broker involved subject to Texas jurisdiction.

The State of Texas passed legislation in 1987 that could hold the autograph hounds liable for their actions if they paid Manziel for his autograph in violation of NCAA legislation. Section 131.004 of the Texas Civil Practice and Remedies Code states “a person who violates a rule of a national collegiate athletic association adopted by this chapter is liable for damages in an action brought by an institution if (1) the person knew or reasonably should have know that a rule was violated; and (2) the violation of the rule is a contributing factor to disciplinary action taken by the national collegiate athletic association against the institution or a student at the institution.” This would give Texas A&M University the authority to file suit against the autograph hounds if it or Manziel receives punishment from the NCAA. Accordingly, pursuant to Sections 131.006 and 131.007 of the Texas Civil Practice and Remedies Code, Texas A&M University’s damages may include “lost television revenues and lost ticket sales of regular season and post-season athletic events” and “reasonable attorney’s fees and costs.” Certainly, if Manziel is not on the field for the Aggies, there could be substantial losses in revenue.

In short, autograph hounds might want to consider how loudly they express their purported shortcomings and alleged payments to Manziel. There is a Texas statute that can provide a hammer for their alleged actions.

The above block quote was taken from an article that can be found HERE.

The Earl Campbell Tyler Rose Award, announced in 2012 by the Tyler Chamber and SPORTyler, recognizes the top offensive player in Division 1 football who also exhibits the enduring characteristics that define Earl Campbell: integrity, performance, teamwork, sportsmanship, drive, community and tenacity; specifically tenacity to persist and determination to overcome adversity and injury in pursuit of reaching goals. In addition, the nominee must meet one or more of the following criteria: born in Texas and/or graduated from a Texas High School and/or played at a Texas-based junior college or four year college.  The Watch List announced today will be narrowed to up to 16 semi finalists in November and then up to 4 finalists in December. They will be selected by broadcasters, commentators, journalists, fans and (in the future) former winners. The finalists will be brought to Tyler for The Earl Campbell Tyler Rose Awards Banquet scheduled for January 10, 2014.

“We are fortunate to have a celebrity who exhibits the impeccable virtues that define this award. In addition to being a well known sports figure, Earl also earned a college degree, married his high school sweetheart, raised two successful sons and still supports the community where he grew up,” said Cindy Smoak, Vice President, SPORTyler.

Earl Campbell graduated from John Tyler High School in Tyler before joining the Texas Longhorns under legendary Coach Darrell K. Royal. In his senior year, he led the nation with 1744 yards rushing and 19 touchdowns, going on to win the Longhorns’ first Heisman Trophy. He was subsequently drafted by the Houston Oilers where he won Rookie of the Year honors in 1978 and went on to lead the NFL in rushing 3 times. Campbell earned NFL MVP in 1979 and was elected to the Pro Football Hall of Fame in 1991. He now resides in Austin.

“All my life, all I wanted to do was be an athlete. I kept God in my life and surrounded myself with good people. I am humbled by this award named in my honor,” said Campbell.

For more information about The Earl Campbell Tyler Rose Award go to http://www.earlcampbellaward.com/