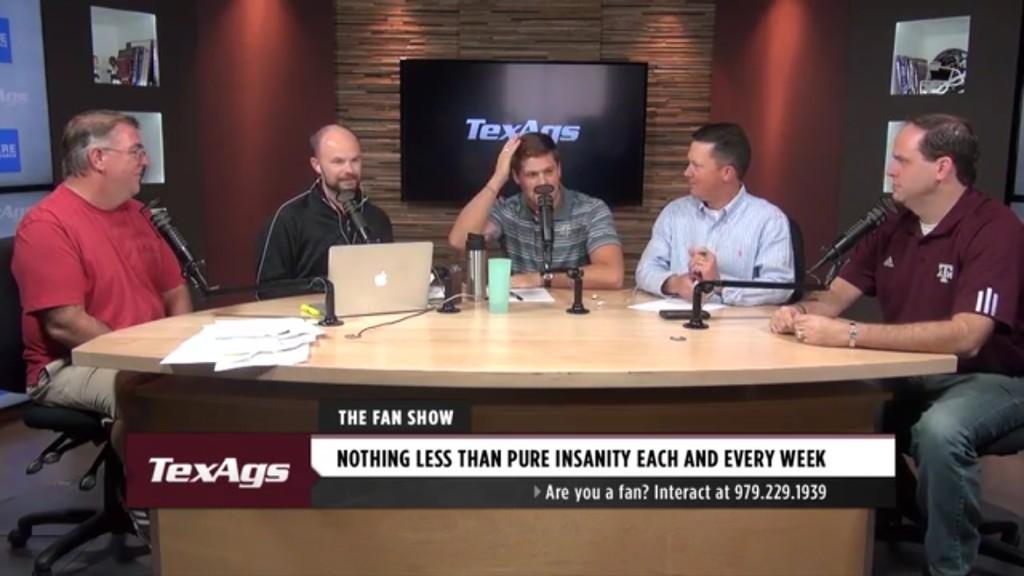 Texas A&M’s home schedule this season is horrible, and it is a shame that A&M had to play Arkansas in Arlington, Texas (as opposed to Kyle Field).  As it stands, A&M has six home games, only three of which are SEC opponents.

Further, alumni, students, and fans have had to wait until now (Oct. 11) to finally get a SEC opponent at home.  While this weekend’s game against Ole Miss should be a good one, there are only two more conference games (at home) before the season is over.

END_OF_DOCUMENT_TOKEN_TO_BE_REPLACED

The following article was posted at ESPN.com [emphasis added].  I found it interesting that Harley Clark got the idea for a hand signal from his rival school, Texas A&M.

AUSTIN, Texas — Harley Clark, the former Texas cheerleader credited with introducing the “Hook’em Horns” hand signal used by tens of thousands of Longhorns faithful over the past six decades, died Thursday at his farm outside of Austin, school officials said. He was 78.

The school didn’t release details or a cause of death for Clark, who watched his hand sign become one of the most recognizable and familiar signs of support in college athletics.

Clark introduced the hand sign — the index and pinky fingers extended and the two middle fingers tucked under the thumb — at a 1955 pep rally. It quickly caught on and became a universal symbol for the school and its athletic teams.

Clark later became a lawyer and was appointed a state district judge in 1977. He issued a landmark decision in 1987 that declared the state’s public school finance system unconstitutional because of disparities between wealthy and poor school districts, a ruling that was upheld by the Texas Supreme Court.

Clark “embodied the spirit of our beloved university,” said former U.S. Sen. Kay Bailey Hutchison, a former Texas cheerleader and current president of the Texas Exes alumni group. She called the hand sign a “symbol of Longhorn pride that is recognized and shared around the globe. His love and dedication to UT-Austin will never be forgotten.”

In a 2006 interview, Clark said he had wanted some kind of hand signal similar to that used by the Longhorns’ rivals at Texas A&M, where the “Gig `Em” sign dating to the 1930s is a closed fist with the thumb pointing straight up. Friend Henry Pitts showed him the Longhorn sign, which Pitts made up while shadow casting.

Clark shopped it around before a pep rally as Texas prepared to play TCU, and got mixed reactions. Undaunted, he was convinced it would catch on and it did.

It also got him in some trouble. The dean of student life lectured Clark that the signal was considered a vulgarity in Sicily and might be misinterpreted in Texas. But it was too late to stop it.

Texas fans show it during the signing of the “Eyes of Texas” before and after games, and there’s seldom a touchdown where a player doesn’t flash it for the cameras. Longhorns opponents liked to use it just as often, turning the signal upside down in a mocking gesture.

The sign even reached the White House. It caused a Scandinavian scandal in 2005 when President George W. Bush and his daughter Jenna, a Texas graduate, flashed the sign during Bush’s inauguration parade. A Norwegian newspaper interpreted it as a sign saluting Satan.

Clark is survived by his wife Patti, and four children. Funeral services were pending Thursday.

Copyright 2014 by The Associated Press 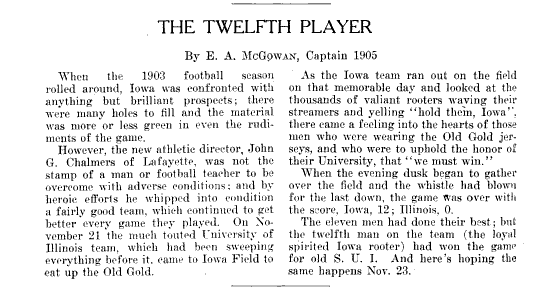 END_OF_DOCUMENT_TOKEN_TO_BE_REPLACED

[Parts of this release have been deleted and/or edited.  To see entire release, click HERE!]

Sophomore quarterback Kenny Hill had a record-setting debut at the helm of the Texas A&M offense. In his first career start, Hill broke Johnny Manziel’s school record with 511 passing yards to go with three touchdown passes.

Texas A&M (1-0) snapped South Carolina’s 18-game home winning streak, which was the nation’s longest, and won its first conference opener since 2007 and first as an SEC member. Hill torched South Carolina early as A&M bolted to a 31-14 lead at the half. Hill finished with the most passing yards allowed in Steve Spurrier’s 10 seasons as the head coach of Gamecocks. Tra Carson ran for three touchdowns, and Malcome Kennedy had 14 catches for 137 yards as the Aggies racked up 680 total yards.

“That (A&M) team was so much better than us, it wasn’t funny,” Spurrier said after the game.

WACO, TEX. — Former Texas A&M University head coach R.C. Slocum has been named the 2014 recipient of the AFCA’s Amos Alonzo Stagg Award. The award, which honors those “whose services have been outstanding in the advancement of the best interests of football,” will be presented to Slocum at the AFCA Awards Luncheon onJanuary 14 during the 2014 AFCA Convention in Indianapolis, Indiana.

Slocum retired following the 2002 season with an impressive record of 123-47-2 over the course of 14 years at Texas A&M, making him the winningest coach in Texas A&M’s history. He also had assistant coaching stints at Kansas State and USC, as well. No team at Texas A&M that Slocum led ever experienced a losing season, and the Aggies won three bowl games in that time. Texas A&M made it to 10 bowl games under Slocum and won the Southwest Conference title three times and the Big XII title once.

“I’m so honored because of what the name ‘Amos Alonzo Stagg’ has meant to the coaching profession,” said Slocum. “It’s humbling to be recognized with all the great coaches who have won the award before me.”

Born on November 7, 1944, Slocum was born in Oakdale, La., and grew up in Orange, Texas, where he was an All-District player at Stark High School. Slocum went on to play at McNeese State in Lake Charles, La., as a tight end and defensive lineman. While there, he set receiving records and was a four-year letterman as a Cowboy. After receiving his undergraduate degree and masters in Education Administration, Slocum went on to coach at Lake Charles (La.) High School in 1968 and 1969. From there, he moved onto Kansas State University, where he was an assistant for the 1970-1971 seasons under Vince Gibson. It was in 1972 when Slocum found himself at the university that would define his career. Under Emory Bellard, and later Tom Wilson, Slocum worked at a variety of positions at Texas A&M, starting as a receivers coach before being moved to the other side of the ball as a defensive ends coach. After a brief stint as the linebackers coach for the Aggies, Slocum was the defensive coordinator for the 1979-1980 seasons. In 1981, he was hired on as defensive coordinator at USC, where his defense led the Pac-10. After his one season with the Trojans, Slocum returned to Texas A&M as the defensive coordinator from 1982-1988 under Jackie Sherrill. Slocum was named head coach of the Aggies in 1989, where he quickly had the team firing on all cylinders.

With Slocum at the reins, the Texas A&M Aggies enjoyed some of their most successful seasons in decades, culminating in three straight Southwest Conference titles in 1991 through 1993. It was Slocum’s famous “Wrecking Crew” defense that led the way for the Aggies through this time, leading the Southwest Conference in four defensive statistical categories and led the nation in total defense in 1991. To go along with the three straight conference titles, Slocum’s Aggies also had one of the greatest league winning streaks, winning 22 straight games and going 28-0-1 from 1991-94. After guiding the Aggies through the transition period between the Southwest Conference and the newly created Big XII Conference, Slocum racked up one last conference championship, defeating the favored and undefeated Kansas State Wildcats in 1998 and obtaining the conference’s Sugar Bowl berth. Slocum stepped down from coaching after the 2002 season and immediately stepped into the role of an advisor for the university that he had put so much into.

He helped even more players find success at the next level, as 50 different Aggies moved on from their time at College Station to play in professional leagues.

Upon Slocum’s retirement, he has worked as a special advisor and assistant to Texas A&M’s presidents, most recently R. Bowen Loftin.

Since retiring from coaching, Slocum has done a multitude of charitable work, serving as the chairman of two organizations: the Children’s Miracle Network in Central Texas and the Cattle Barron’s Association, which raises scholarship money for young people in ranching. He has also helped with other organizations, such as the Peaceable Kingdom Retreat for Children, the Houston Live Stock Show and Rodeo and the Special Olympics.

END_OF_DOCUMENT_TOKEN_TO_BE_REPLACED

So what exactly did Johnny Manziel do after the game against Rice ended?  Lets review: