As always, I will try to post weekly thoughts and observations on the weekly college football playoff rankings.

Note 1.3: There are six undefeated teams remaining and UTSA (8-0) is the only one not ranked in the top-25.

END_OF_DOCUMENT_TOKEN_TO_BE_REPLACED

I am posting these here in order make them easier to ‘track,’ and to see if any of these change this season.

(1) A 2-loss team has never made the college football playoff (and so far, being a Power-5 Conference Champion has not been sufficient to overcome the 2-loss barrier, see 2016 Penn State … at least when there is another team from the same conference with only 1-loss);

END_OF_DOCUMENT_TOKEN_TO_BE_REPLACED

If you follow this site, you have seen my other College Football Playoff related posts before. If not, you can find most of those posts under the “Playoff” category; or you can go to this link (which is my comprehensive and on-going playoff post).

I have decided to start this new post for all of my notes related to the 2020 Playoff. Once the playoff is over on January 11, 2021, I will probably add the more important aspects from this post to the comprehensive post.

For those of you reading this for the first time, this is not an editorial style posting. This is merely my unedited notes from each week of the playoff rankings, which helps me (and others) track what the rankings/committee are doing, and whether they are following any precedent. Enjoy!

END_OF_DOCUMENT_TOKEN_TO_BE_REPLACED

In this the 7th season of the College Football Playoff, I am predicting that a team from the Group of Five Conferences (“G5”) will finally be awarded one of the four semifinalists spots. The only question that remains is “which” team will it be?

With only three Power-5 conferences playing this 2020-2021 season (and Notre Dame playing as part of the ACC), the committee can select one SEC team, one ACC team, and one Big 12 team; and they will then still have one spot remaining. This final spot can be given to an at-large Power-5 school or a G5 school.

Considering all that is going on with college football during this COVID-19 season, if the final spot is given to a Power-5 school (thus including every Power-5 conference and one of them getting two bids), you will hear an intensified argument about how the College Football Playoff is actually designed to exclude the G5 schools.

END_OF_DOCUMENT_TOKEN_TO_BE_REPLACED

Here are a couple of teams that received a lot of pre-season hype.  As of right now, I am not buying into the excitement . . . but that could change.

Update: I believe I was arguably right on 1-4 above.  However, there is no question that I was right on Auburn.  Auburn finished in last place of the SEC West (7-6, 2-6).

With Auburn ranked No. 3 and Ole Miss No. 4 in the first playoff poll, their game tonight was the first head-to-head match-up between two playoff bound teams.  In other words, their game was essentially a playoff game, as I can only imagine that the winner would still be considered for one of the four playoff spots (the loser would have two losses, as both teams already had one loss entering the game).

Auburn ended up defeating Ole Miss, 35-31.  It was a close game, so it will be interesting to see what the playoff committee does with Ole Miss in terms of how far down the rankings they move them.  On the other hand, No. 2 Florida State struggled Thursday night against No. 25 Louisville and No. 1 Mississippi State struggled against Arkansas, so it will be interesting to see if the top three get shuffled.

For those of you who want to understand all of the idiosyncrasies of the playoff selection process, I would like to recommend two readings for you.  Consider this your recommended reading list in your “Playoff 101” course.

Yesterday, (28 Oct. 2014), the college football playoff committee released its first rankings for the 2014 season.  You can see the rankings in PDF format HERE, or on their website HERE.

In the past, during the BCS era, I would make weekly observations of the BCS poll as it was released.  I am going to try and do the same with the playoff poll.

Upon seeing the first playoff rankings, I was surprised to see Ole Miss (7-1) at number four.  I have no problem with Ole Miss in the number four slot, but I thought their loss at LSU this past Saturday night would have put them further down the list.  After all, LSU (7-2) comes in at 19 in this initial ranking.

If you are thinking that only the winner of the Ole Miss – Mississippi State game will get a playoff spot, think again!

While this is the first ranking of the season (and first ranking ever), there is a lot that could happen between now and Nov. 29.  However, if this Mississippi scenario were to play out, it would be a good indicator for judging the playoff committee’s consistency in terms of ranking teams.

Takeaway after one week of rankings:

While many probably didn’t expect to see Ole Miss in the top four after their loss to LSU, it is apparent that the selection committee isn’t going to “punish” teams for a loss like the AP and Coaches’ Poll usually do.  For example, before their loss to LSU, Ole Miss was ranked No. 3 in both the AP and Coaches’ Poll.  However, after their loss, Ole Miss dropped to No. 7 and No. 9, respectively.  Despite these No. 7 and 9 rankings, Ole Miss debuted at No. 4 in the playoff poll. 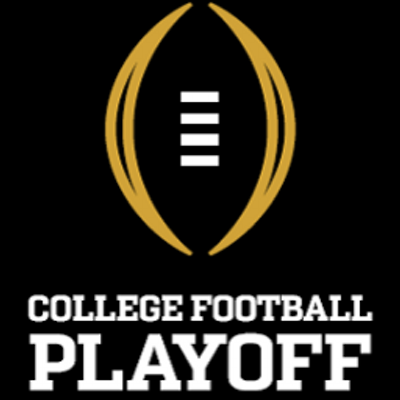 A couple of weeks ago, select members of the media participated in a mock college football playoff selection meeting.  Andy Staples’ wrote about the event and how the selection process worked.  His article was fascinating and can be found at SI.com or at the following link:

I highly recommend his article to anyone who really wants to understand how the process of selecting playoff teams will work.

Other articles on how the CFB Playoff selection will work: