I stumbled upon this blog posted back in 2014 and thought it was pretty interesting. I wanted to re-post it / share it here for those who enjoy college football history.

This is the second segment in a two-part series on the evolution of the term “Ole Miss.” The piece is written by Dr. Albert Earl Elmore, a noted scholar who holds degrees from Millsaps College and Ole Miss Law School with a Ph.D in English Literature from Vanderbilt.

The History of the Name “Ole Miss”

The controversy about “Ole Miss” as a name for the University of Mississippi was conceived in innocent ignorance and perpetuated by the misinformation of the Internet.

Let us begin with the Internet misinformation that appears in the endlessly consulted Wikipedia entry for the name Ole Miss: “The student yearbook was published for the first time in 1897. A contest was held to solicit suggestions for a yearbook title from the student body. Elma Meek, a student, submitted the winning entry of ‘Ole Miss.’ Meek’s source for the term in unknown. Some historians theorize she made a diminutive of ‘ole Mississippi’ or derived the term from ‘ol missus,’ an African-American term for a plantation ‘old mistress.’”

To read the rest, click here and visit HottyToddy.com.

I got my 2013 Ole Miss media guide in the mail today.  Thanks!  @CampbellKyle 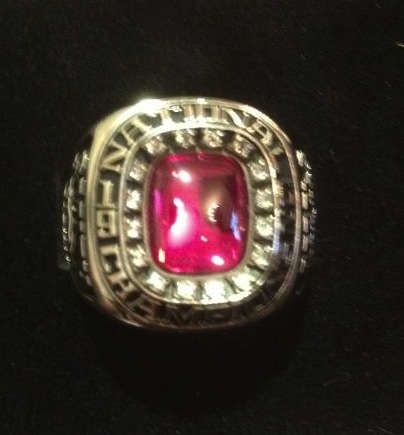 It’s good to see that some programs are still sending out media guides.  Thanks to Ole Miss for their 2012 edition (I received it yesterday, Aug. 6, 2012).