One of the reasons I enjoy college football so much is that any given game is so much more than just a random match-up.  The history behind each program elevates any possible game from just another match-up to a potential Super Bowl.

In other words, when it comes to college football, a game is more than two football teams playing against each other.  A Saturday in the fall represents a match-up of ideologies, cultures, histories, and entire schools.  The outcome of the game will determine which side is “right,” and which side is “wrong.” 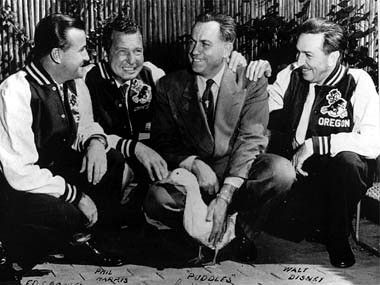 Having said that, it is time for today’s history lesson.  Todays subject, the Oregon Ducks’ mascot (the Oregon Duck).  The following quote is from the Duck’s Wikipedia.com page, and concerns Oregon’s relationship with Disney (and Donald Duck).  [Emphasis added]

Beginning in 1940, cartoon drawings of Puddles in student publications began to resemble Donald Duck, and by 1947, Walt Disney was aware of the issue. Capitalizing on his friendship with a Disney cartoonist, Oregon athletic director Leo Harris met Disney and reached an informal handshake agreement that granted the University of Oregon permission to use Donald as its sports mascot.

When Disney lawyers later questioned the agreement in the 1970s, the University produced a photo showing Harris and Disney wearing matching jackets with an Oregon Donald logo. Relying on the photo as evidence of Disney’s wishes, in 1973, both parties signed a formal agreement granting the university the right to use Donald’s likeness as a symbol for (and restricted to) Oregon sports. The agreement gave Disney control over where the mascot could perform and ensured that the performer inside the costume would “properly represent the Donald Duck character.”

In 2010, Disney and the University reached an agreement that removed the costumed Oregon Duck mascot from its association with the Donald trademark, and allowed The Duck to make more public appearances, such as at college mascot competitions. The mascot in graphic art, which is more similar to Donald Duck than the rounder head and body of the costume, is still covered by the trademark agreement.

For more:  See Wikipedia – The Oregon Duck  (See also: Footnotes at end of Wiki page for links to news articles) 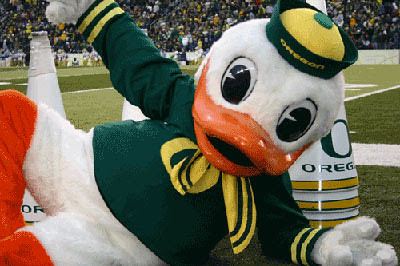 As you can see, Disney (the company) and Oregon have a history of going back-and-forth over whether Oregon has the right to use the Donald Duck character as their mascot.  However, a 2010 agreement states that the costumed mascot is NOT Donald Duck and he is no longer subject to Disney’s regulations.  However, the 1973 UO/Disney licensing agreement remains in effect for the printed logo/design UO duck (i.e. Donald Duck in Oregon gear).   You can read more about the 2010 agreement in an AP article titled Disney, UO mascot part ways, that was printed in The Oregonian on March 4, 2010.

Now that you are caught up on the history of the Duck mascot, I can get to the real reason for this post.

The other day I was watching the Disney movie Bolt with my three-year-old son.  It was while watching this movie that I started to wonder whether or not the Disney company was mad at the University of Oregon and was trying to get some kind of revenge for having to share its Donald Duck mascot all these years. 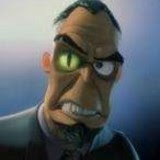 Why? Because the “bad guy” in this movie is a guy named Dr. Calico, who is commonly referred to as “the man with the green eye” (thanks to his green eye, obviously).  Further, Dr. Calico’s logo is a “geen eye,” which appears on each of his futuristic looking bad guy soldiers and their vehicles.

If you ask me, these “soldiers” bearing green eye logos on their suits, look an awful lot like Oregon football players.  Is this a parody of Oregon’s uniforms?  Maybe it’s Disney’s way of getting back at Oregon?  Who knows…but I thought it would make for a fun blog post today. 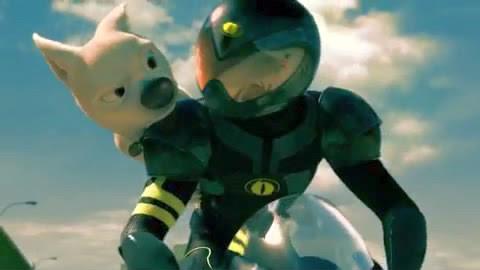 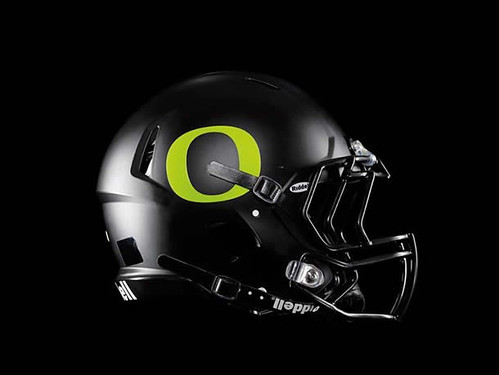 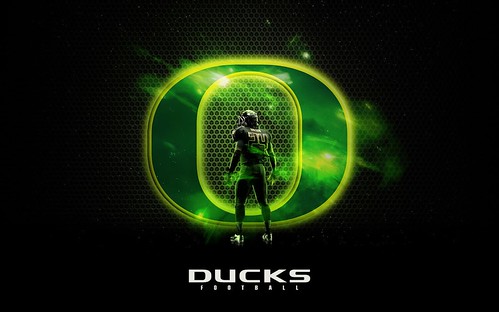 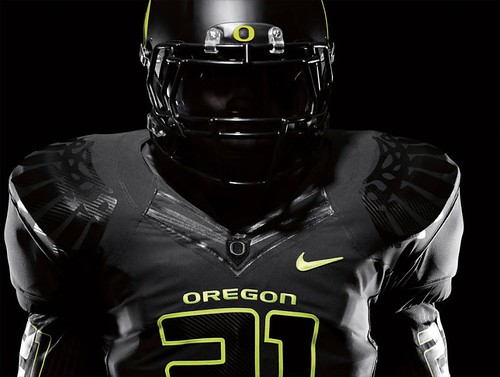 Coincidence?  I think not!  (However, it probably is.)

[Update]  I almost forgot to mention this.  The Oregon Duck was the lone duck mascot in any collegiate or professional capacity until 1992/1993, when The Walt Disney company founded the Anaheim Mighty Ducks NHL franchise.

With this, the University of Oregon no longer had the distinction of being the only team/school with a Duck mascot.  Now they had to share the duck with, none other than, Walt Disney.