My journey began on January 1, 1998 when I attended my first Cotton Bowl game (in the original Cotton Bowl stadium). That game featured Texas A&M and UCLA. 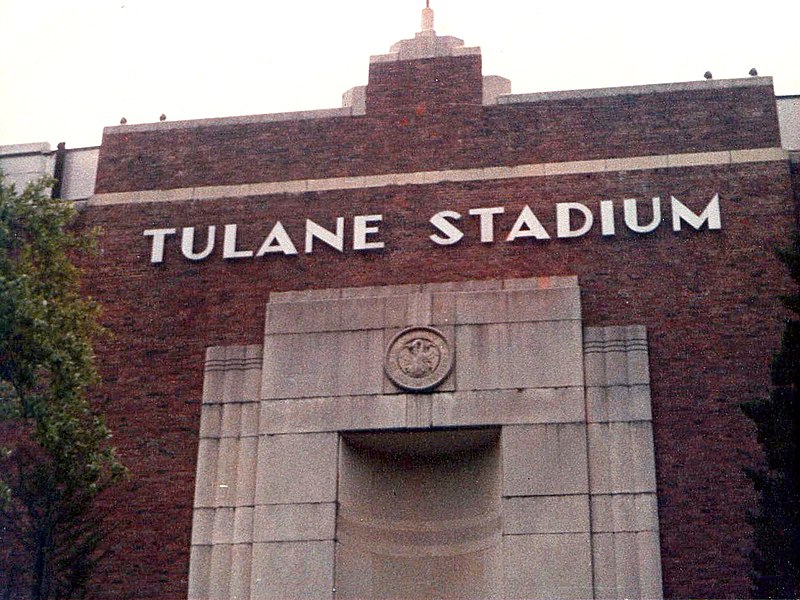 However, Texas A&M did win the Big 12 Championship during my senior year at A&M. That championship earned A&M an invitation to play Ohio State in the January 1, 1999 Sugar Bowl game. While there was no Sugar Bowl stadium, I did get to see A&M play in a Sugar Bowl.

(*This is the exception to the rule in that it is the Sugar Bowl game that counts, and not the Sugar Bowl stadium, as such a stadium has never existed.)

If I remember correctly, there was an announcement that the 2007 season would be the Orange Bowl stadium’s last. For this reason, I made plans to attend the September 20, 2007 regular season game between A&M and Miami, as I knew it would be my only chance to see A&M play in the original Orange Bowl stadium before it was gone forever.

The first Rose Bowl game is said to have been played in 1902, although at the time, the game had not yet been named the Rose Bowl.

In other words, unless you are playing for the national title in a year that happens to also place you in the Rose Bowl, then your best chance of getting a Rose Bowl invitation is by joining either the PAC-12 or Big 10 conference.

Considering that A&M will most likely never be in one of those conferences (at least not in my lifetime), this weekend’s regular season game between A&M and UCLA (on September 3, 2017) is my first, and possibly only, chance to see A&M play in this historic venue. For this reason I am currently writing this from my seat aboard a Southwest Airlines flight in route to Los Angeles, California.

It took almost 20 years, but I will officially be able to say that I have seen the Aggies play in all three of the most historic original bowl venues (only one of which is still in use for that purpose) and the Sugar Bowl game.

It is fitting that it ends this way, at the “Grandaddy of them all” and against UCLA; who (for me) it started with in Dallas, Texas on January 1, 1998.

It is done. The superfecta is complete.  I can now say that I have seen Texas A&M play in all four of the above-mentioned bowls and/or venues.

While my experience at the Rose Bowl stadium was surreal, amazing, and historic; it wasn’t just the venue that made it so. The game itself was also historic due to the fact that Texas A&M blew a 44-10 lead which they held late in the third quarter. I won’t rehash the game here, but if you care to, you can read about it in every major (and minor) college football media outlet as everyone in the country took note (OCRegister.com; SBNation.com; Dallas Morning News; L.A. Times; and ESPN.com).

For UCLA, it was one of the greatest comebacks in history, as the Bruins overcame a 34-point deficit to win by one point. UCLA’s comeback registered, and stands alone, as the second-biggest in college football history, joining a list of games in which the winning team trailed by at least 30 points before winning.

I would also like to point out that while I have seen Texas A&M play in all the above-mentioned bowl games and venues, none of these games were victories for the Aggies. Both Cotton Bowl games, the Sugar Bowl game, and the regular season games in both the Orange Bowl and Rose Bowl stadiums, were all loses.

1 thought on “Completing the journey”