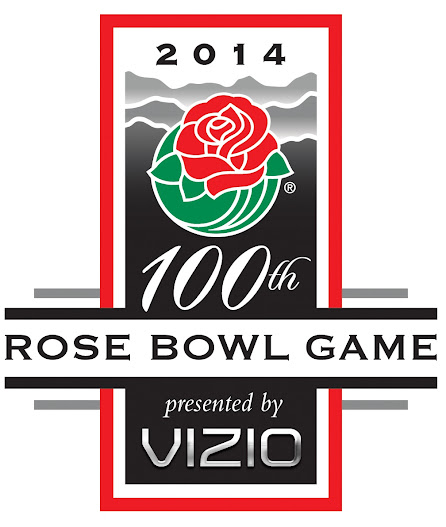 “As the first postseason bowl to reach 100 games, we are excited to mark this momentous occasion with enhancements to some of our iconic marks,” Tournament of Roses Executive Director William B. Flinn said. “We look forward to the events leading up to January 1 to celebrate our illustrious history and for the future of The Granddaddy of Them All®.”

The Tournament revealed a commemorative 100th Rose Bowl Game logo to be used in conjunction with celebrations leading up to the historic event. The logo incorporates important aspects of traditions associated with the game including a Pasadena architecture-inspired design concept, homage to the San Gabriel Mountains and complimentary primary colors that highlight the Tournament of Roses and title sponsor, VIZIO.

Other celebration highlights to be unveiled in this fall:

The present exclusive agreement among the Tournament of Roses Association, the Big Ten Conference and the Pac-12 Conference was born in 1946. The pact is the oldest intercollegiate postseason bowl agreement between two major conferences in the United States, hence the Rose Bowl Game earning the nickname, The Granddaddy of Them All.

Five days after this postseason milestone, the Tournament of Roses will also host the 16th and final BCS National Championship on Monday, January 6, at the Rose Bowl Stadium. This will mark the second time the Tournament of Roses has hosted two postseason bowl games in one week. The last time a national champion was crowned at the Rose Bowl Stadium was on January 7, 2010.